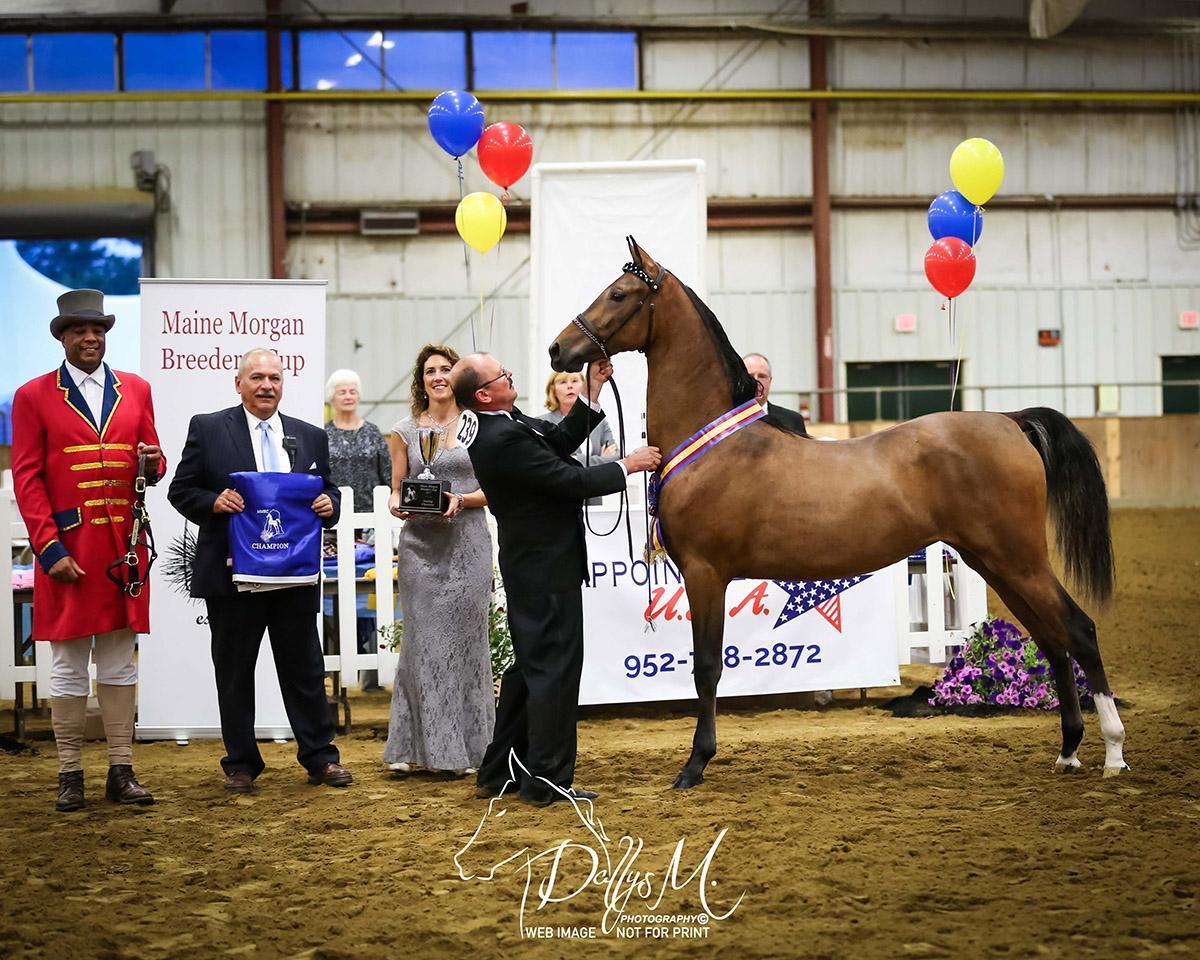 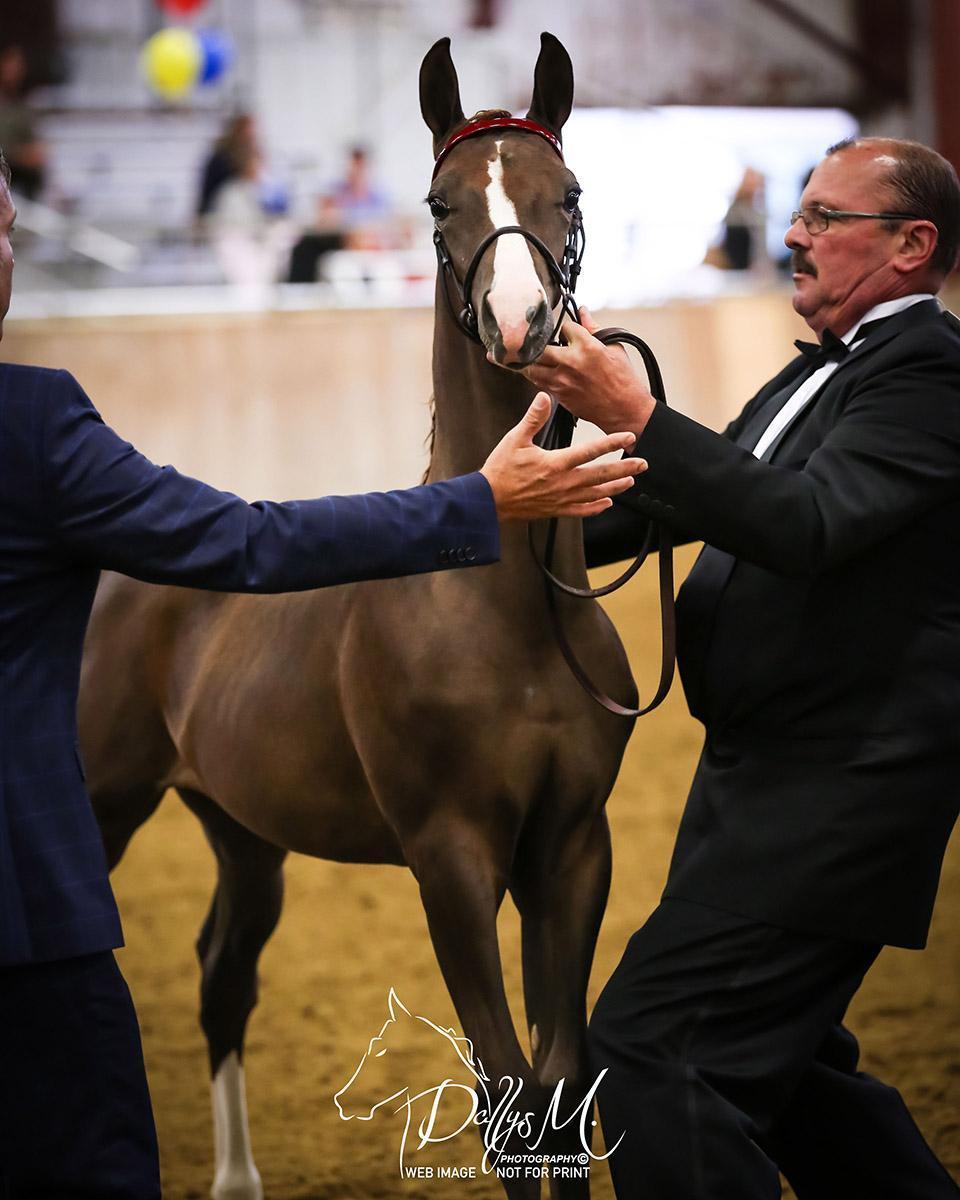 July 15, 2017 — After deciding to support the Maine Morgan Breeders Futurity this year, we shipped off two of our best eligible prospects to the capable hands of Mike Carpenter and Steven Longo at Mike Carpenter Stables in Massachusetts. It was a pleasure to get to know these two horsemen, and we were excited to receive their weekly updates and photos as they prepared Newmont’s Beauregard (Graycliff Tony GCH x French Lace) for his debut, and Newmont’s Timeless Joy (Treble’s Timepiece x FMB Peaches ‘n Cream) for her return to the ring.

Our little red sports model, Beauregard, was a star and secured an impressive third place in the Maine Morgan Breeders Cup Weanlings class, which thrilled us as we enjoyed watching from the rail.

Joy seemed to remember everything she learned at Triumph Stables last year as the 2016 Morgan Weanling Gala Grand Champion, and showed everyone that she was just as beautiful as a yearling as she was as a weanling. Mike and Steve did a fabulous job preparing and presenting this lovely filly and we jumped for JOY when she was announced champion of the Maine Morgan Breeders Cup Yearling class.

To put icing on the cake, both youngsters were chosen PEOPLE’S CHOICE in their age divisions!

We would like to thank Mike Carpenter Stables for their wonderful training and presentation, and their care and consideration of our precious stock.

← Congratulations to Amanda Oliver! It truly was a GRAND National! →