2000 Chestnut Mare | The pedigree on this mare bred by Hall of Fame breeder and trainer, Judy Whitney Harris, is unique and incredibly strong on both the top and bottom. She is out of the only full sister to World Champions Noble Flaire, Nobility and Aristocratic Aire. Her sire, a many time champion in hand and park saddle, is by the late, great Serenity Terry, a horse who exhibited extreme athletic ability and died relatively young, leaving far too few get behind.


Noble Gift herself was never shown, but she has produced very well and we hope she will continue to do so for Newmont Farm. For her 2018 foal, we have chosen the up and coming young sire REGAL MASTERPIECE (Stony Hollow Ice Man x Cherries Wild).

Noble Gift is the dam of — 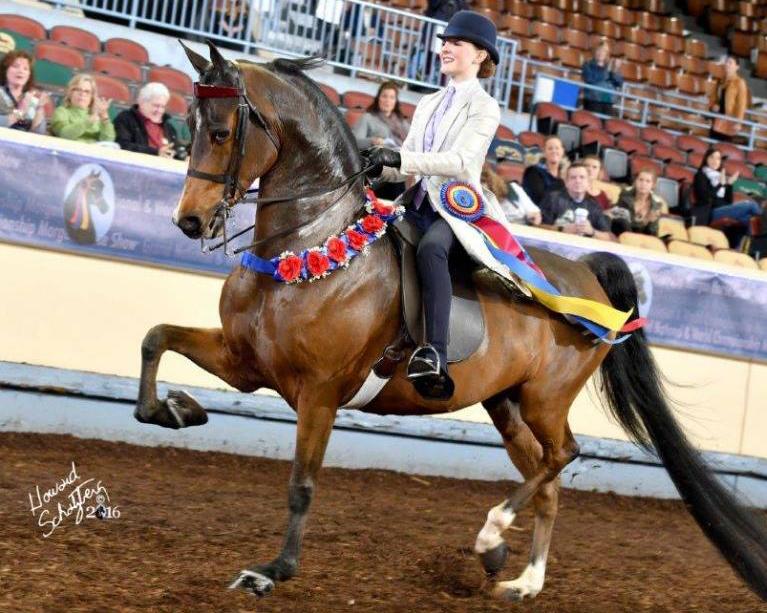 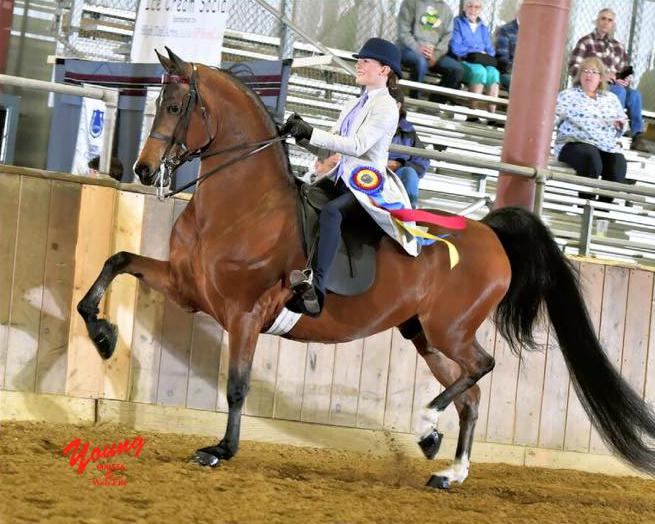 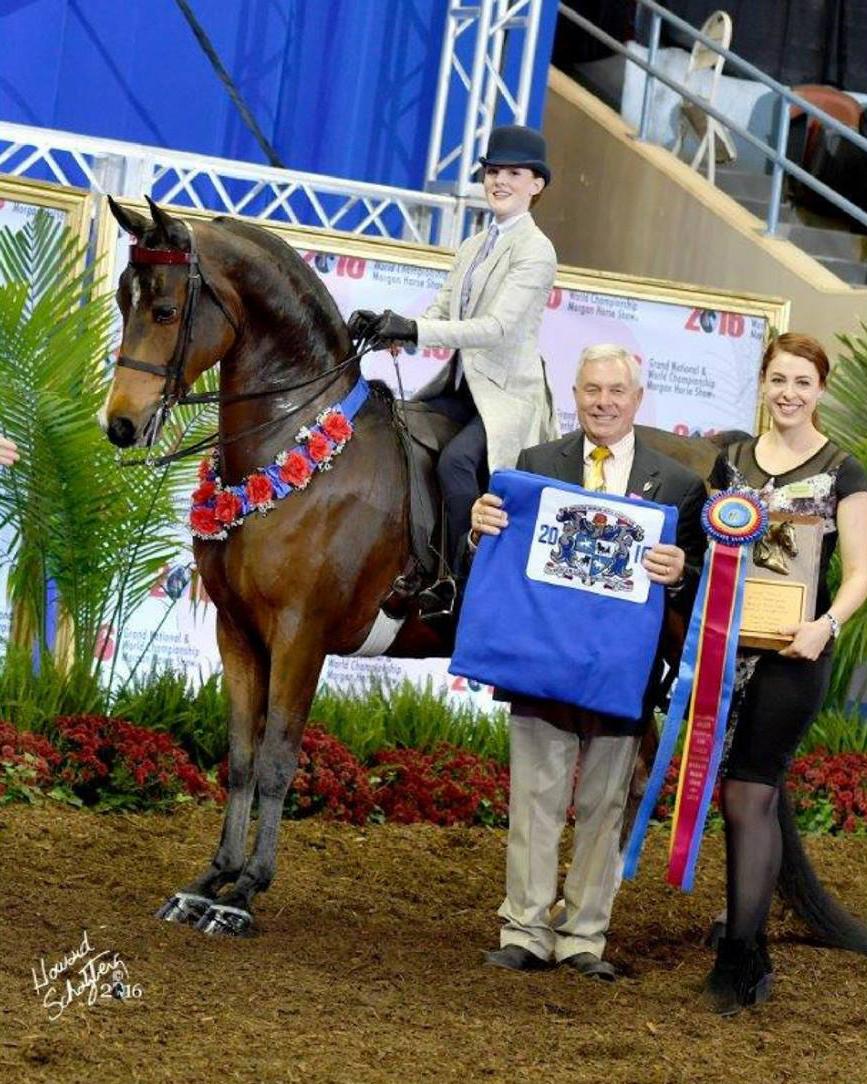