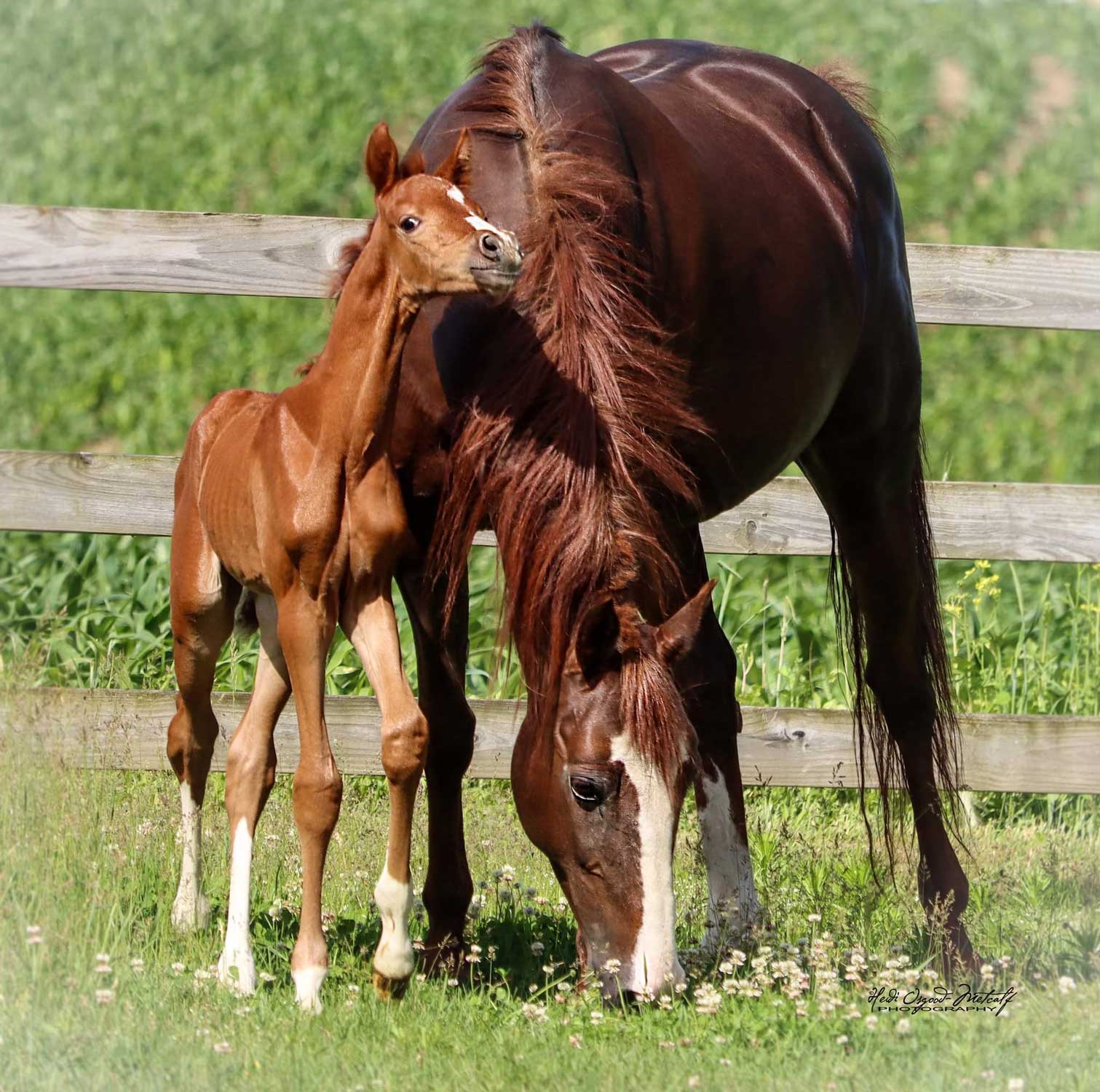 2007 Chestnut Mare | Shown limitedly just one season as a park saddle horse, Starry Night was an exciting entry, but ended up taking a back seat to other stablemates and eventually found her way to her rightful place as a superior producer for Newmont Farm.

In foal to Caffeinated for 2023 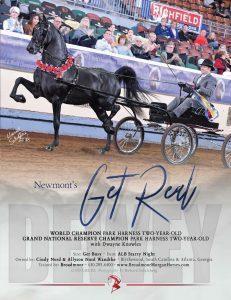 Newmont’s Get Real (by Get Busy)

In 2018, we welcomed Newmont’s Captivator, by the incomparable MIZRAHI. Captivator has been lighting up the ring in the junior hunter pleasure division in 2021 and we’re excited to see how he fares at the Grand National.

Her 2021 filly, Newmont’s Get Ready, was sold in utero and we can’t wait to see her hit the ring. 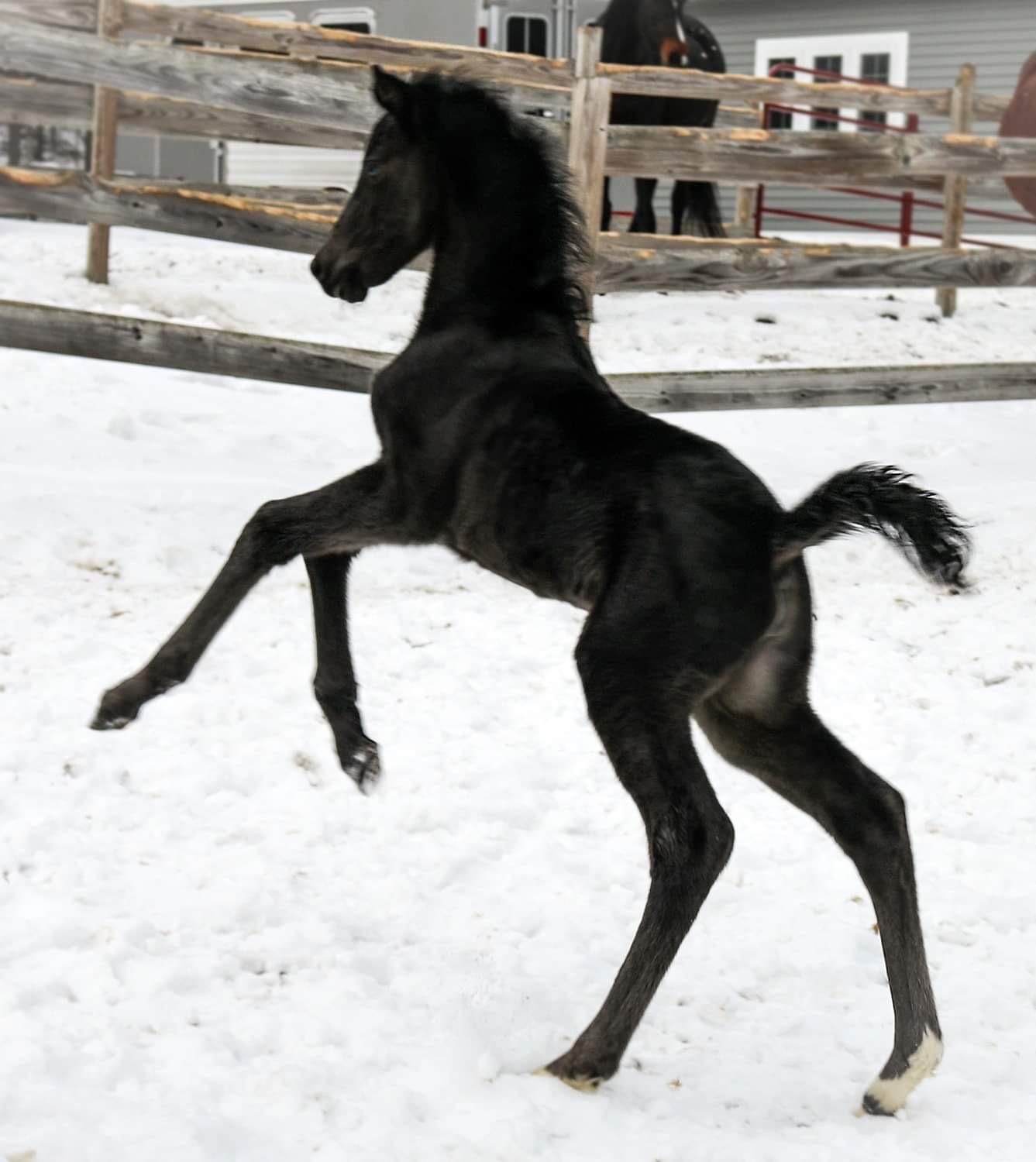 Newmont’s Get Ready, by Get Busy 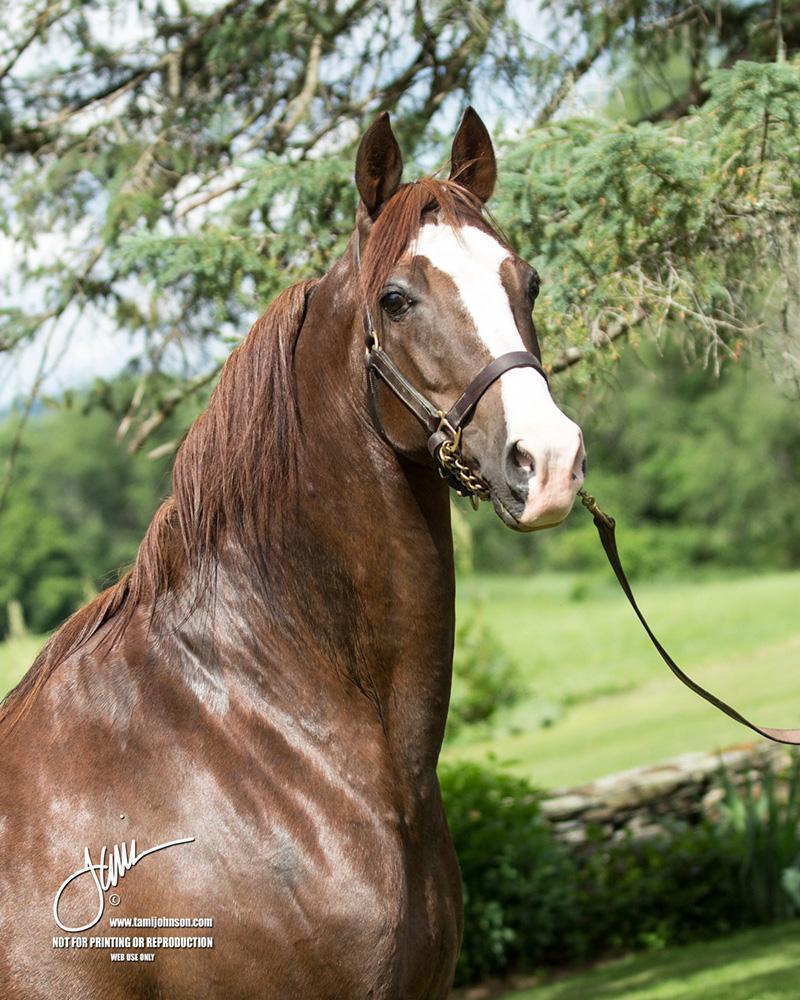 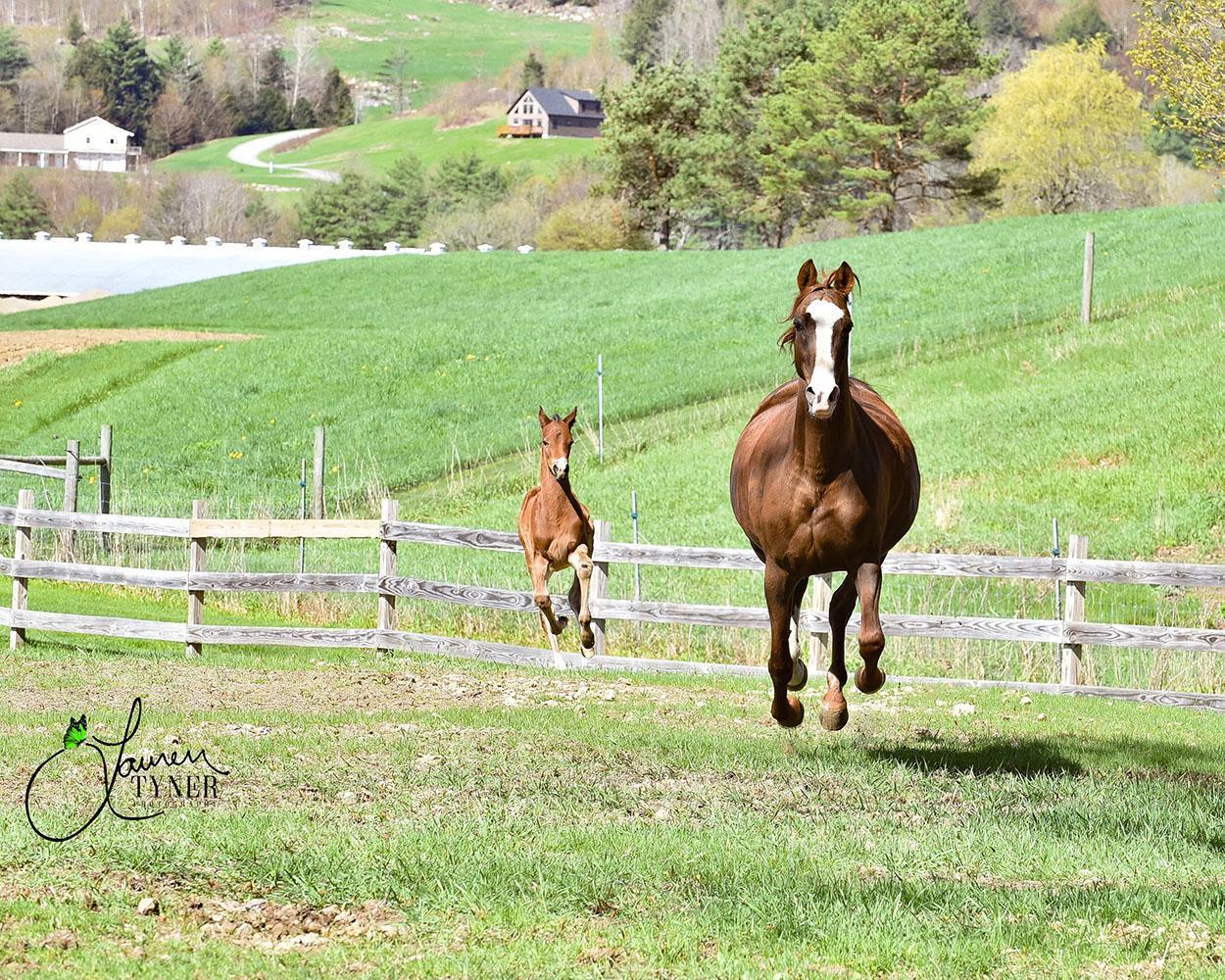 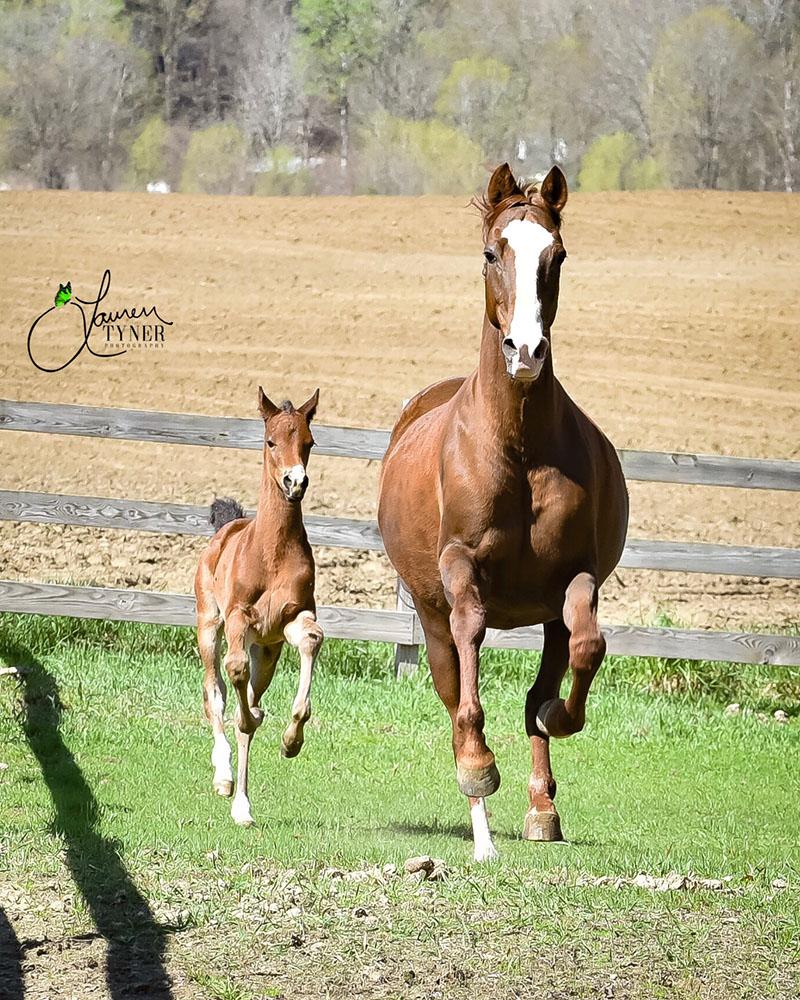 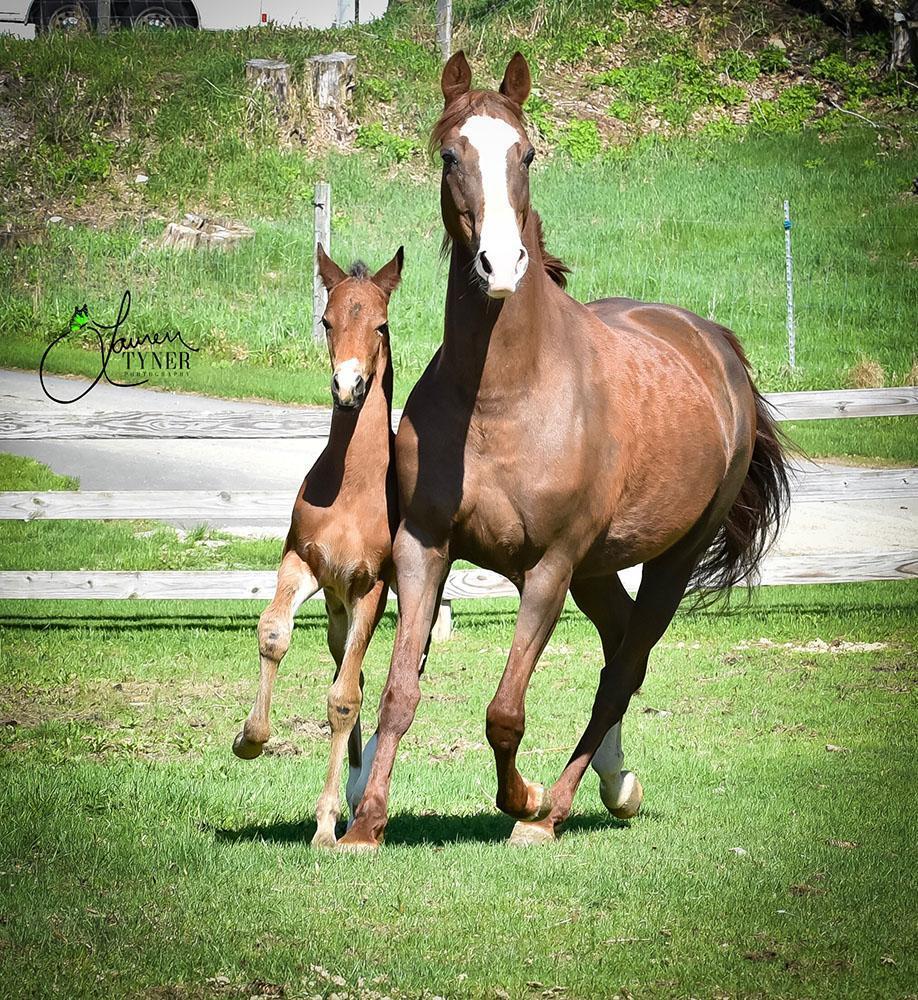 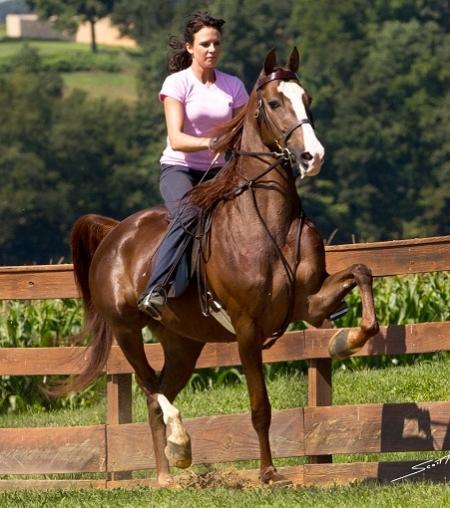 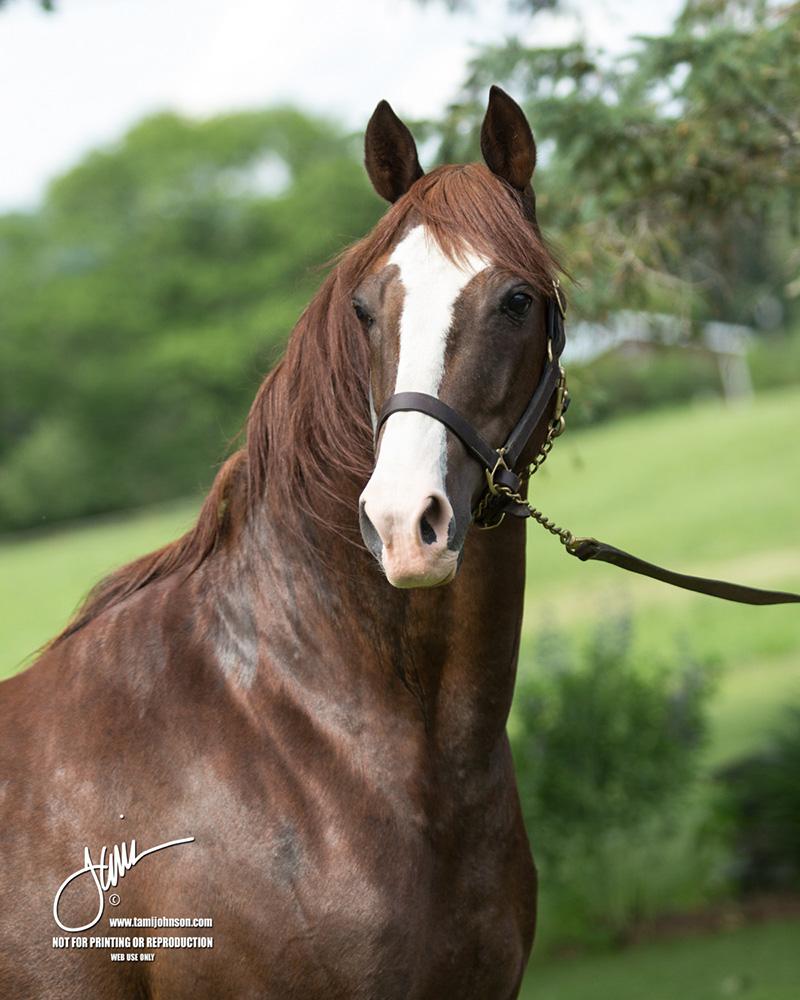