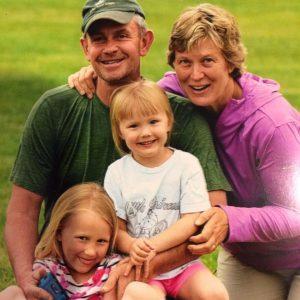 “…I thought that maybe having a pregnant mare would be just the right match!”

Margaret grew up on a registered Holstein dairy farm in Vermont and enjoyed showing, breeding and judging dairy cattle. After college, she was teaching fourth grade when her brother set her up on a blind date with Walt Gladstone, also born and raised on a dairy farm, but in nearby New York. Just a year after their 1987 wedding, they purchased their own dairy farm in Bradford, Vermont and it only made sense to christen it Newmont Farm, in honor of their two home states. 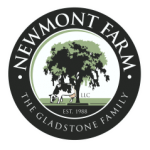 The Gladstones grew their dairy farm from 120 milking cows to 1,400 plus 1,300 heifers, they grow about 1,100 acres of corn, 650 acres of grass and 150 acres of pumpkins. They also grew their family with three sons, two daughters-in-law and four grandchildren. Their 20 full-time dairy farm employees are also considered family, and Newmont Farm is a popular family gathering spot for the entire town of Bradford, with seasonal celebrations and activities year round.

In 2005, one of their employees came to Margaret proclaiming there was a horse that needed to be rescued. Mike thought the Gladstones had plenty of pasture and should save this desperate horse who was in a sad situation. Walt and Margaret couldn’t ignore the call for help and immediately fell in love with Ace, bringing him home to rehabilitate. Knowing nothing about horses, they were unprepared for their rescue—a Belgian stallion—when he returned to good health and began to feel his oats. Reluctantly, the Gladstones found him a new home. 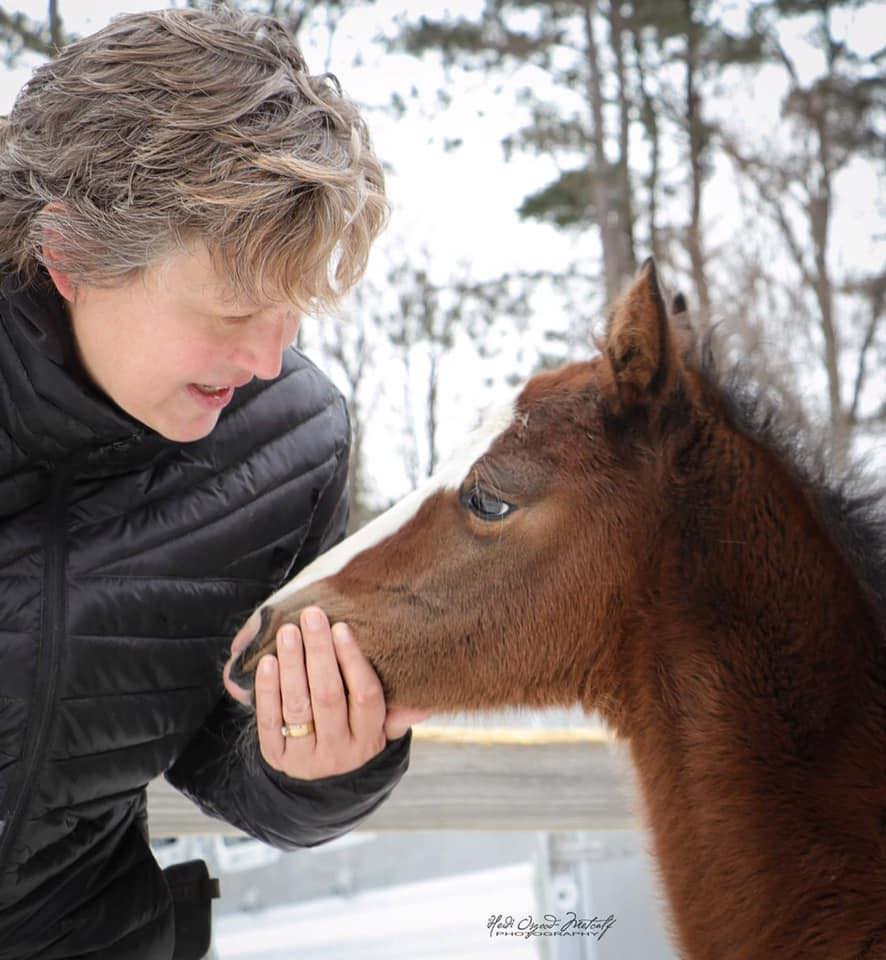 Read our Breeder Profile published in the August 2019 issue of The Morgan Horse magazine! 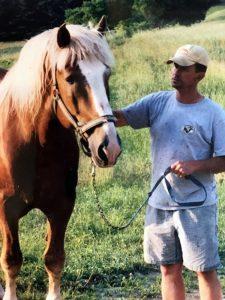 “Ace”, the Belgian stallion and Walt

Of course, Margaret missed having a horse once Ace left, so she decided to buy an Amish-trained driving horse. “Martin” was a Standardbred and could certainly cover the miles! However, he was just a bit too much horse for a timid, beginner horse gal. She thought maybe having a pregnant mare would be just the right match, and on Valentine’s Day in 2006, Walt surprised her with Spring Run’s Phantom Rose, a lovely flaxen liver chestnut mare by the typey, multiple champion The Phantom Of The Opera. Rose was in foal to a local stallion and this beautiful mare and her foal were the genesis for Margaret’s love of breeding Morgan foals. 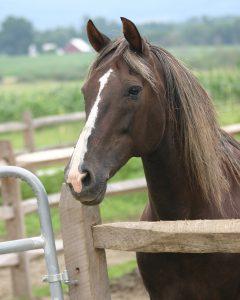 And Walt certainly had learned the first rule of being a horse-husband: on all holidays and special occasions, a horse is always the perfect gift!

Margaret dove into her new passion with a vengeance, engrossing herself into everything Morgan. She learned about stallions, mares, and what people wanted in their dream Morgans. Her first endeavor was to breed for black, buying a beautiful mare from the well known Jantzen Morgan Farm in Canada and shortly after that, purchased another mare from Oregon. However, it didn’t take much time before she realized it wasn’t the color that mattered, but the conformation.

In 2009, Walt and Margaret attended the Copper Beech Morgan Farm Sale and purchased RKB Sizzle (Marno’s FireOnComand x Wait And See, by Merriehill Bojangles), a mare with a long and successful show record who was in foal to World Champion sire Futurity French Command. Margaret was over the moon about her purchase and when Sizzle foaled, she realized this was her true passion. She wanted to breed beautiful babies and sell them to people who would enjoy and love them like she did. Newmont’s Ivy League, the filly who “turned” Margaret, made her show ring debut at the 2011 New England Regional as Junior Champion Mare, then went on to be crowned Reserve World Champion Futurity Yearling Filly—the first Newmont Morgan to bring home roses from Oklahoma City. 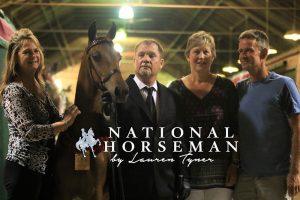 In recent years, Margaret has bought and sold mares to continue to improve on the bloodstock in her barn. In her own words, “I have always wanted the babies I produce to grow into a horse that I can be proud of; I wanted them to be with people that can help them reach their true potential and be of Morgan type and quality. I also had some personal goals that I set to measure my success as a breeder. I wanted to attend the Morgan Weanling Gala and some day win! I also have set my sights on some day being the breeder of the World Champion mare. I’m sure many people think this is a long shot, but my love of breeding that started many years ago with Holsteins and my competitive spirit gives me some fun goals to shoot for!”

“I couldn’t do any of this without the amazing support of my husband, Walt. He is there every step of the way and loves to watch the babies grow as much as I do!” Newmont Morgans is truly a family affair and looks forward to chasing our Morgan dreams into the future.